The Presidencies crew spent the day in Athens, GA while on the way back home and took a tour of some of the historical sites in the city. 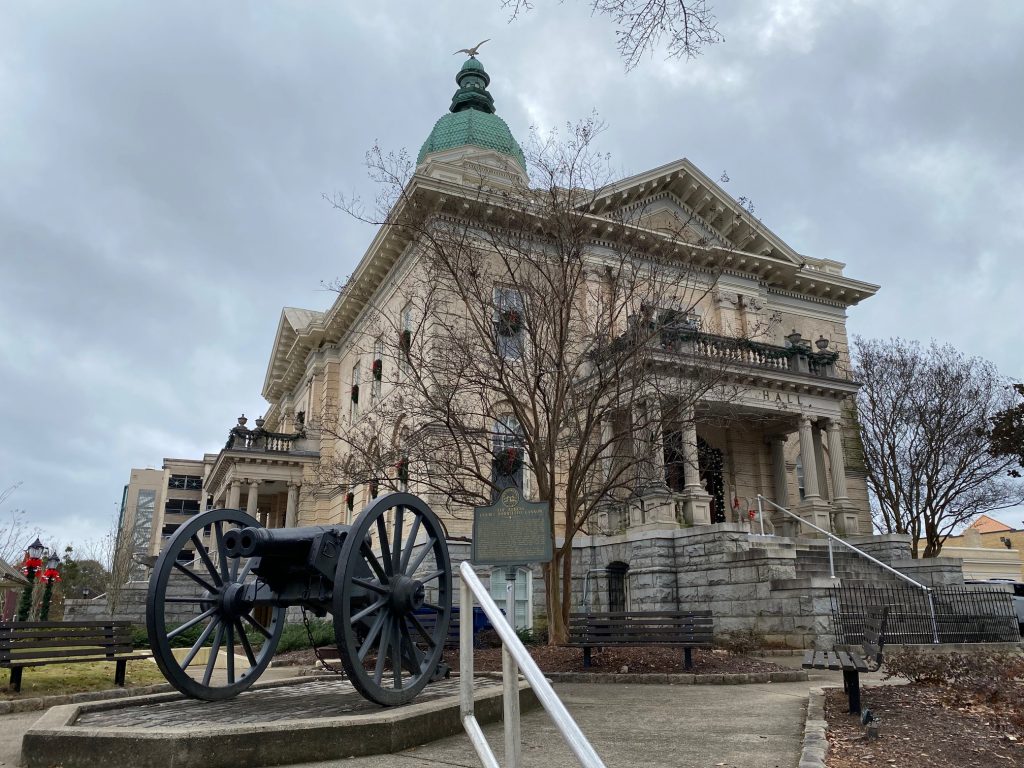 In front of the Athens city hall is a unique artillery invention failure – the world’s one and only double-barrelled cannon. Though developed for use in the Civil War, it proved to be an inaccurate shot in testing and was never used in battle. 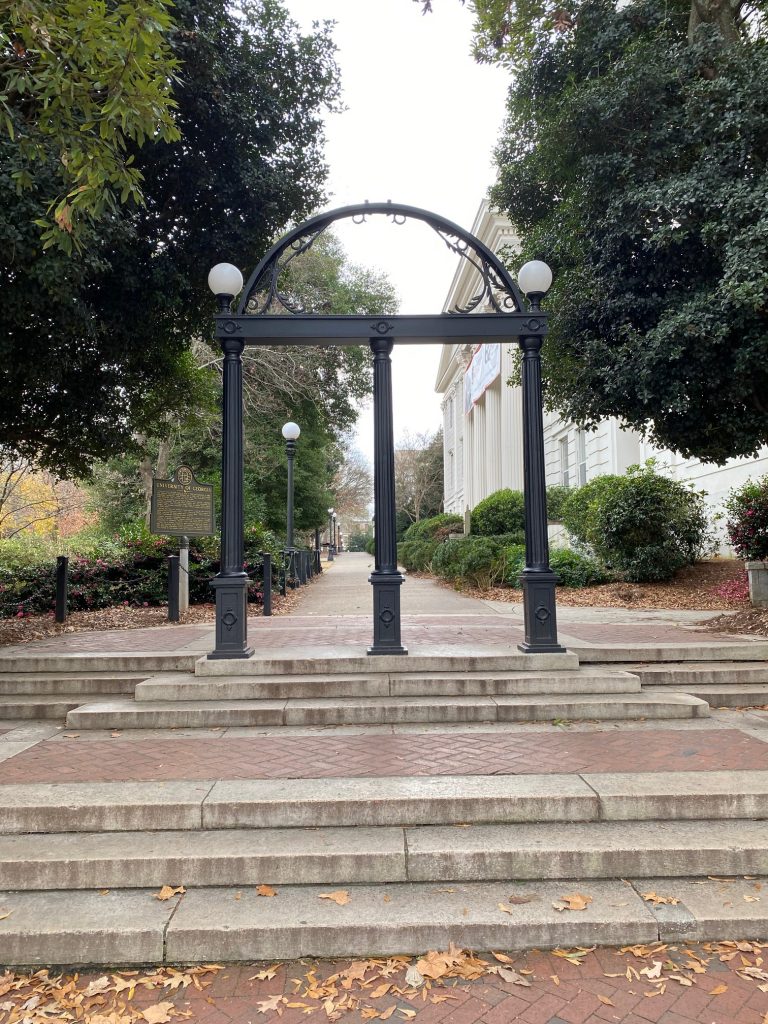 Naturally, we had to visit the University of Georgia while in Athens. The University is one of the oldest public universities in the US. 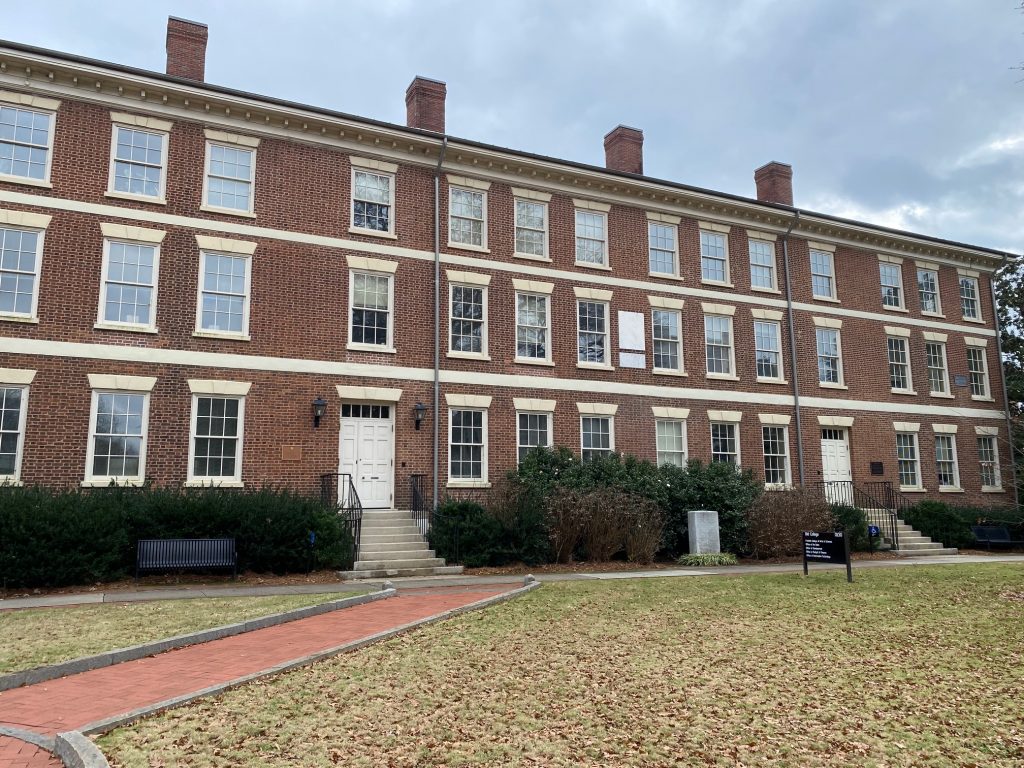 Old College, constructed in 1806, is the oldest building on the UGA campus as well as the oldest existing building in Athens. Since they didn’t know at the time which way the college would grow, the front and back of the building were constructed to look the same so that either could be the ‘front’. 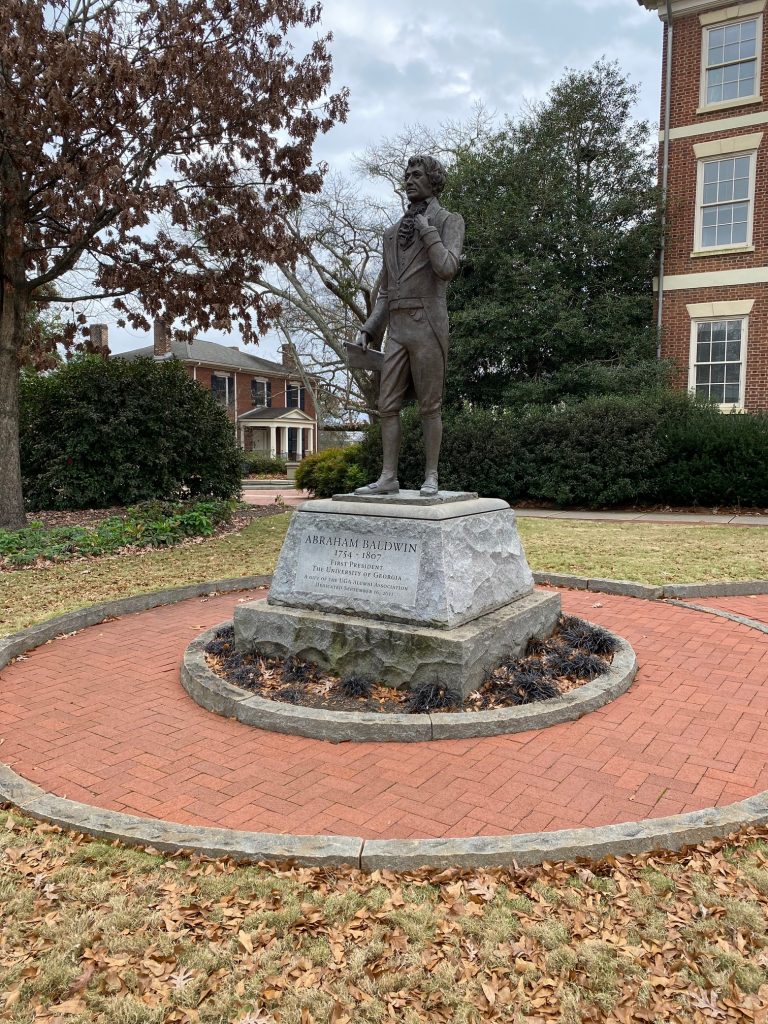 Abraham Baldwin, in addition to being a US Senator, a US Representative, and a signer of the US Constitution, was also the first president of UGA. 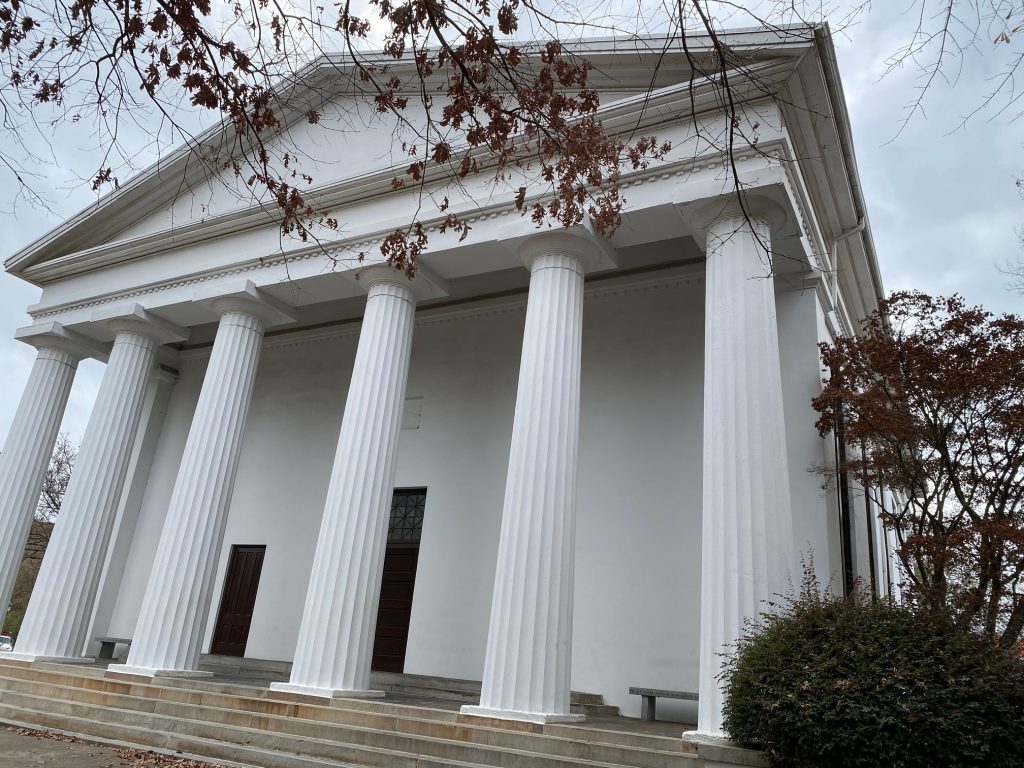 The UGA chapel was constructed in 1832 and was a center of campus activities when there was a daily required religious service. 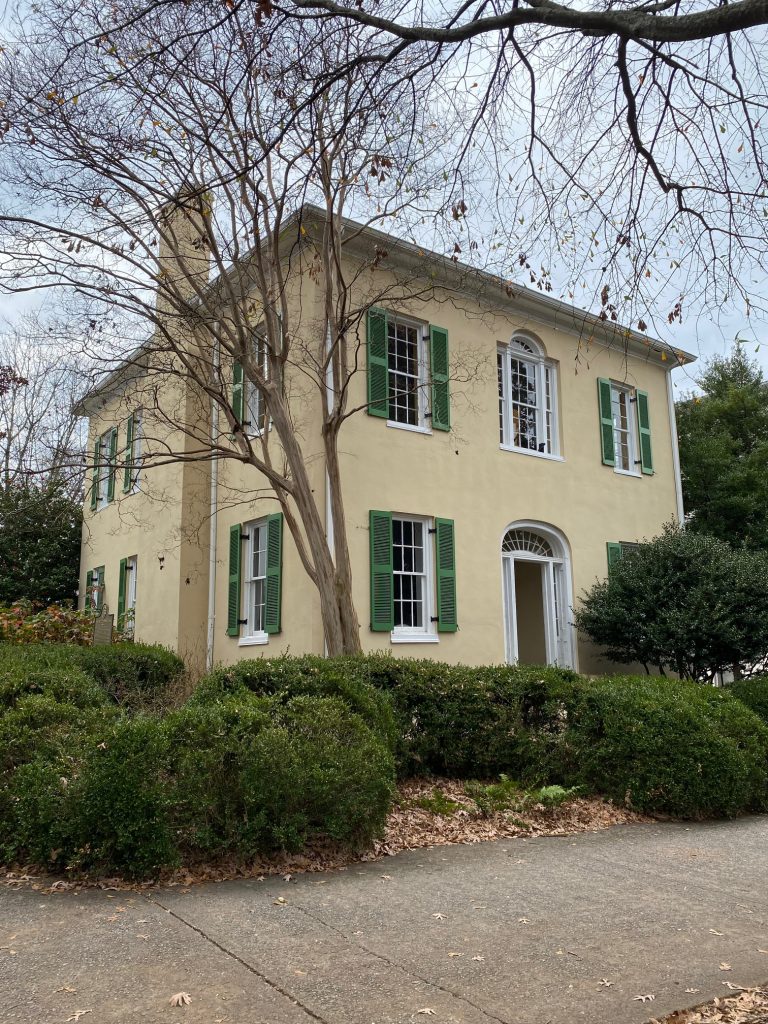 Likewise, Demosthenian Hall, the fourth oldest building at UGA, became a focal point of student life when it was constructed in 1824. 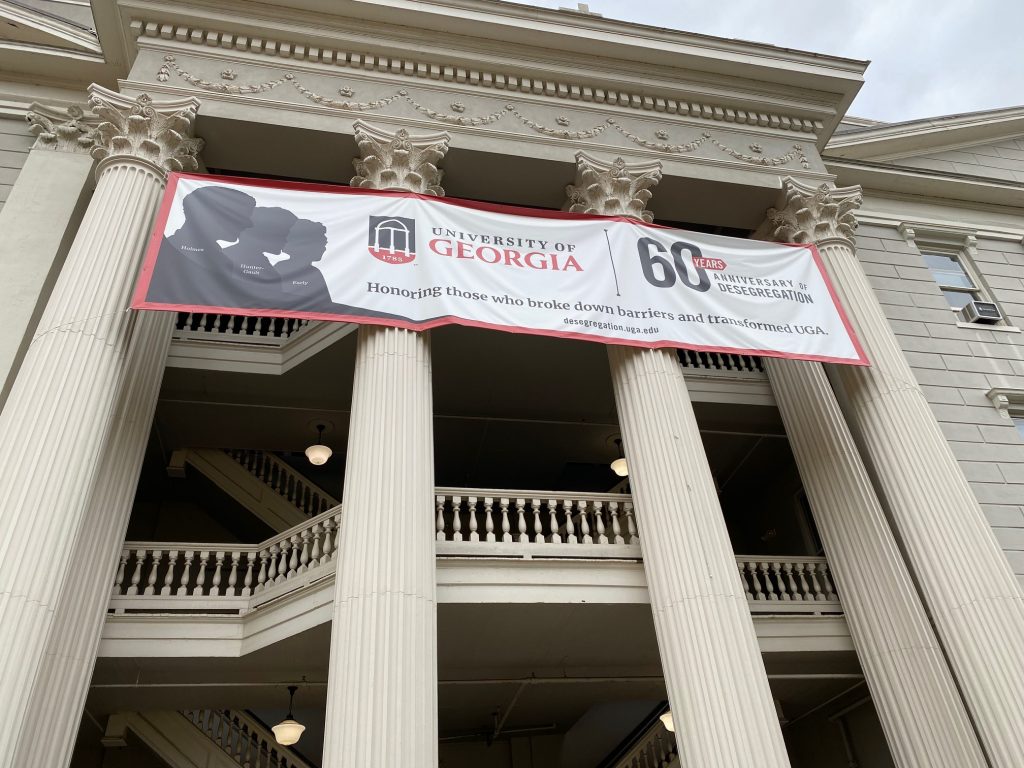 The Holmes-Hunter Building, constructed in 1901, commemorates the first two Black students at UGA – Charlayne Hunter and Hamilton Holmes. Hunter and Holmes first registered for classes in this building in January 1961. 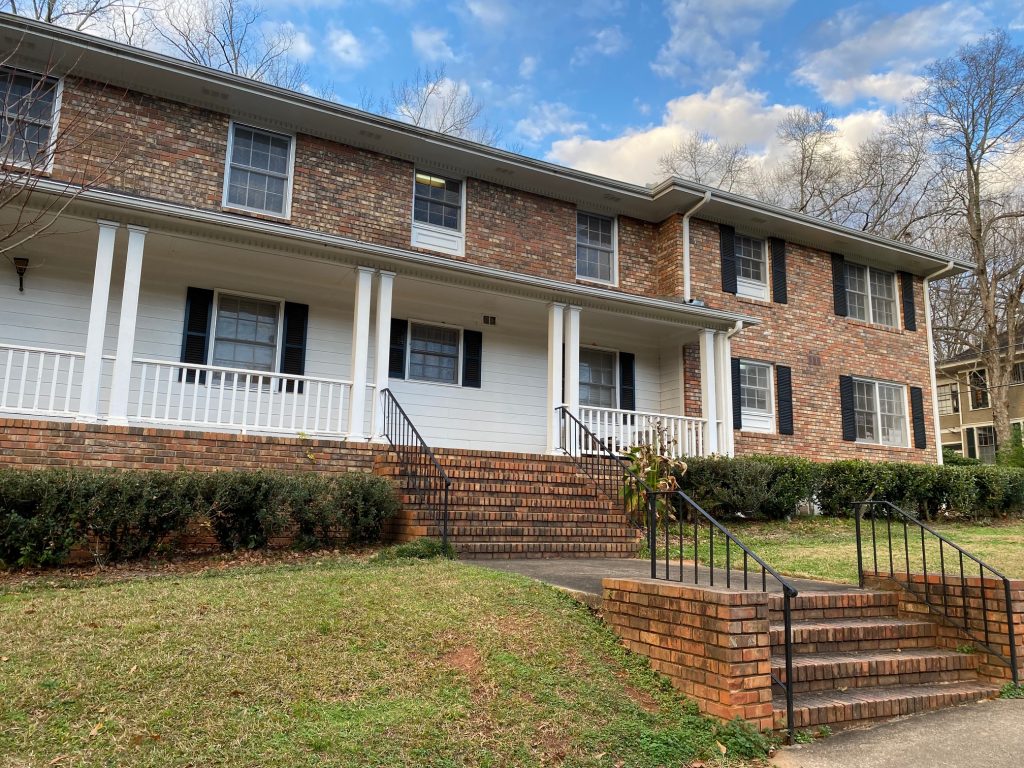 The city’s history doesn’t end at the campus borders, though. This apartment building was at one point the home of Dean Rusk, Secretary of State under Kennedy and Johnson, as well as William McFeely, who wrote a Pulitzer Prize-winning biography of Ulysses Grant. 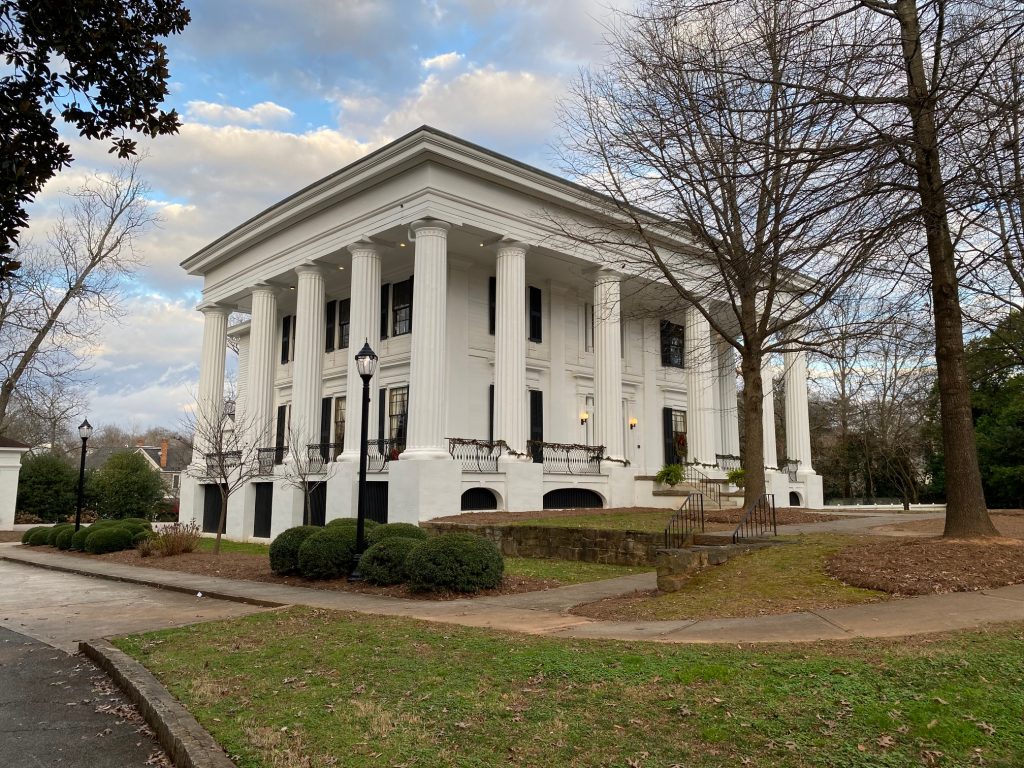 Going a bit further back in time, the Taylor-Grady House, constructed in 1844, was originally intended to just be a summer residence. The 13 columns around the home are set to represent the original 13 states of the Union. 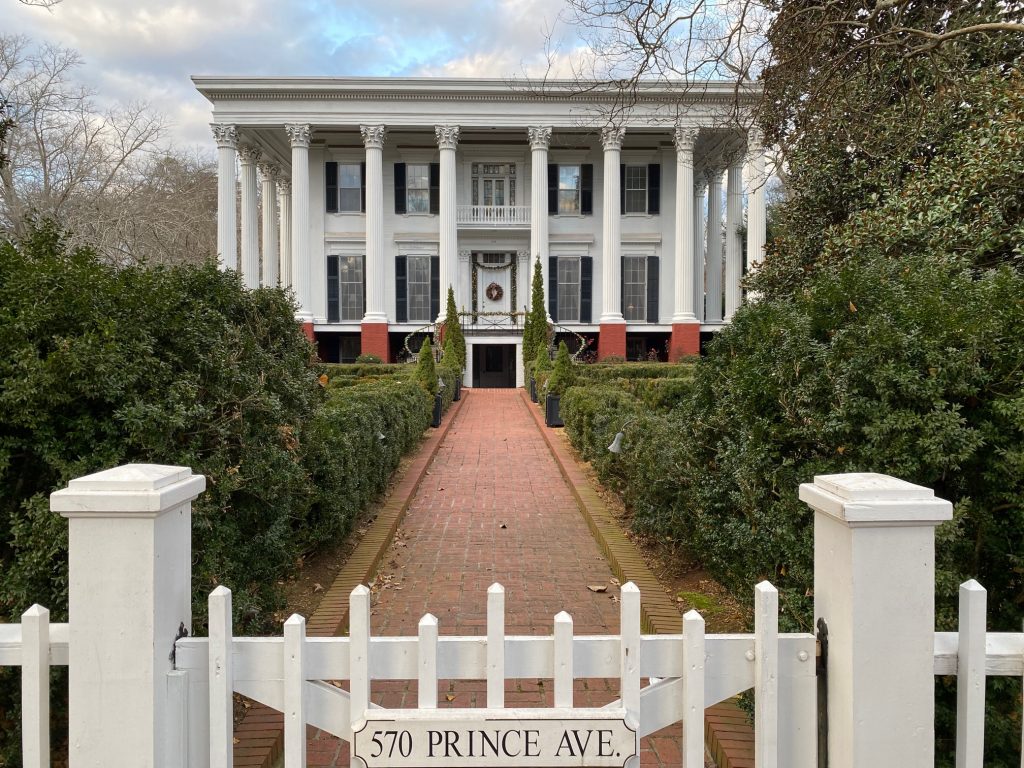 The University of Georgia President’s House, constructed in 1856, was the home of Benjamin Hill, a US Senator and US Representative, before the University took over the property in 1949. 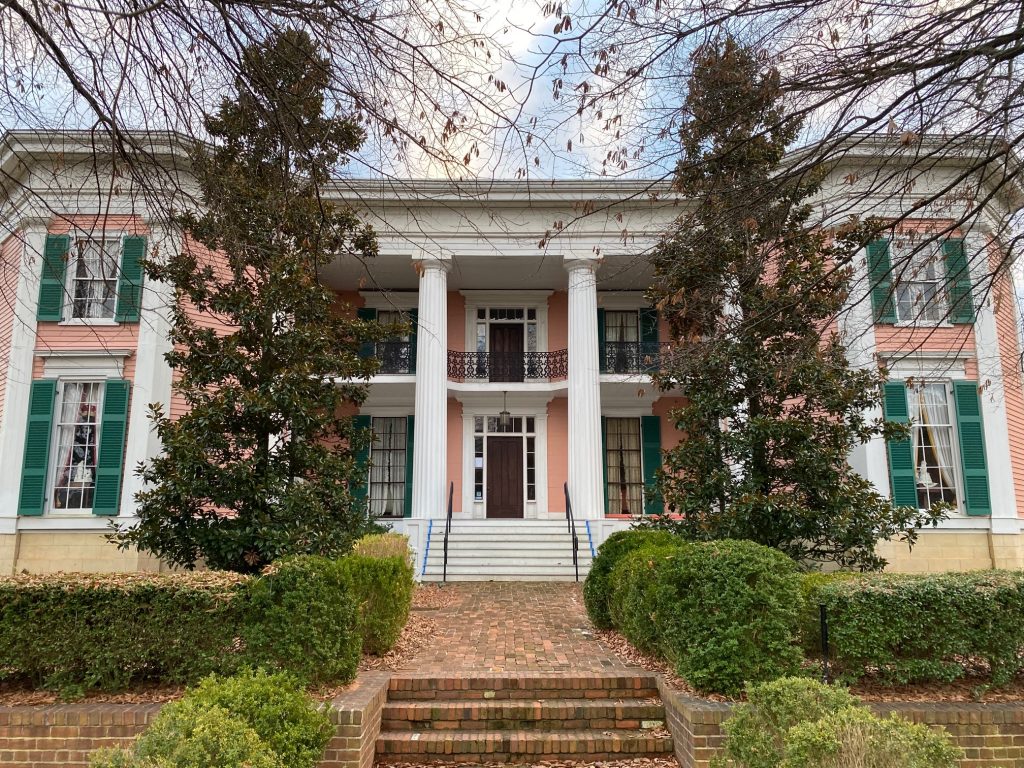 The TRR Cobb House was constructed in 1834 and was the home of Thomas Reade Rootes Cobb, a slave owner and secessionist killed in the Battle of Fredericksburg. The home itself was moved from Athens to Stone Mountain Park then, nearly twenty years later, was returned to Athens. 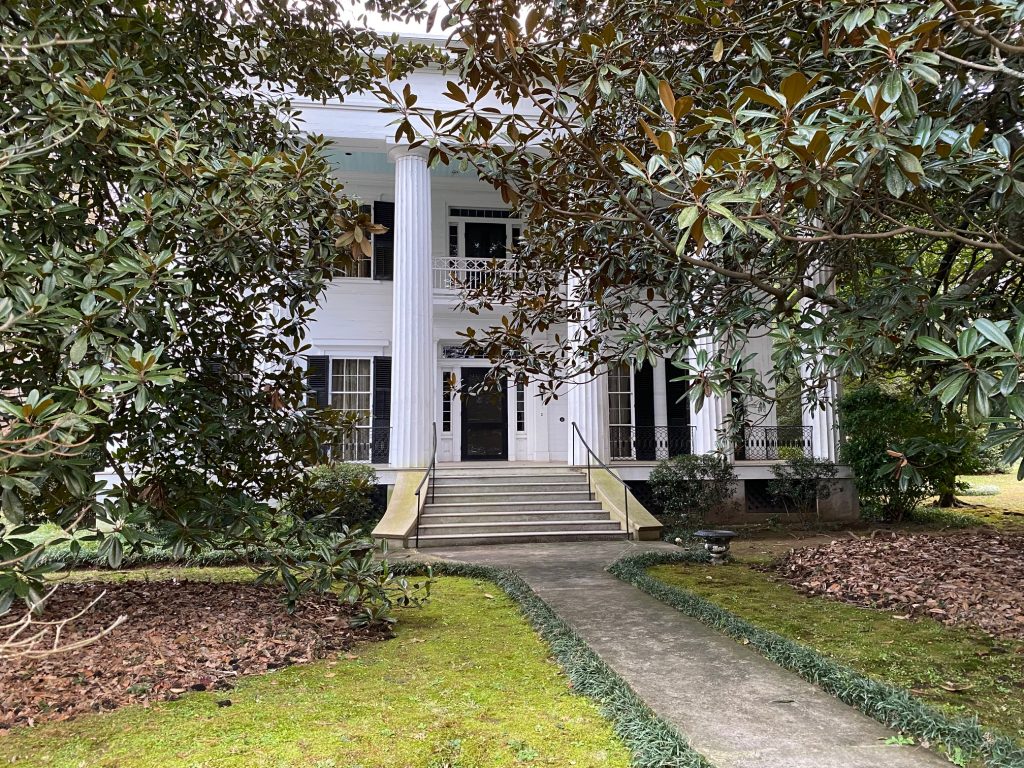 The Cobb-Bucknell-Leathers House, constructed in 1849, was the home of Howell Cobb, Governor of Georgia, Speaker of the US House of Representatives, and Treasury Secretary under James Buchanan. Cobb rebelled against the government that he had served during the Civil War and was arrested at the end of the war.

Special thanks to Leah and Rachel of Hashtag History, Will of American History Geek, and Alex for providing the intro quotes for this episode! Thanks also to Alex Van Rose for his audio editing work!

As the end of Jefferson’s second term neared, the Embargo Act came under increasing criticism at home, Napoleon’s plans for conquest continued apace in Europe, and the nation chose the man who would become the fourth President of the United States. Though the clock had not struck on his presidency, his last months in office would find the man who had been a leader for decades take a step back as his thoughts turned increasingly to his life once he left the President’s House. Sources used for this episode can be found at http://presidencies.blubrry.com.

Though William Bradford wasn’t Attorney General for long, he did have an impact on some key events in the Washington administration. With my special guest for this episode, we examine his life and career to understand what sort of a legacy Bradford left.

Thanks so much to my special guest for this episode, Jacob from the Podcast on Germany, and special thanks to Alex Van Rose for his audio editing assistance!