Greetings, folks! I’m writing to you this morning from Philadelphia, PA where I’ll be attending the annual SHEAR (Society for Historians of the Early American Republic) conference to hear about the latest scholarship in the field that I can then incorporate into future podcast episodes.

In the meantime, I wanted to share some of the sites that I’ve seen thus far that I thought might be of interest to all of you. 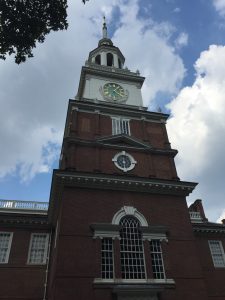 We’ll start with Independence Hall, which is of course the most recognized landmark in Philadelphia. 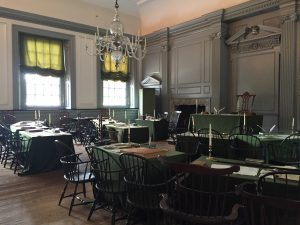 This room was the location not just for the signing of the Declaration of Independence but also the Constitutional Convention. 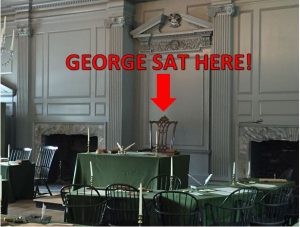 As we’ve discussed, George Washington presided over the Constitutional Convention in 1787 in this very room. 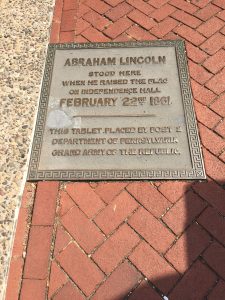 Independence Hall was also a significant landmark for one of Washington’s successors. As the nation was facing the uncertainty of disunion, Abraham Lincoln visited the Hall on his way to assume the presidency in 1861. His body would then be returned in 1865 and set up for viewing in the same chamber in which the Declaration was signed and the Constitution was crafted on its way back to Springfield. 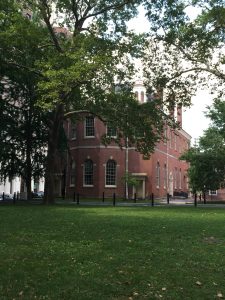 When facing Independence Hall, just to the left of it sits Congress Hall, which is where the US Congress under the Constitution met from the time the capital moved to Philadelphia in 1790 until it moved on to Washington, DC in 1800. 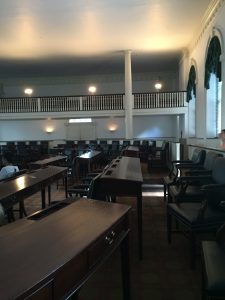 When we discuss deliberations in the House of Representatives during this time, picture this room as this is where it happened. 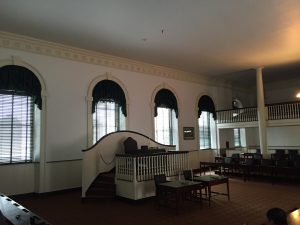 This was also the room in which John Adams was inaugurated as the second President of the United States, marking what was a rarity at the time but what would prove to be the first of many peaceful transitions of power in American history. 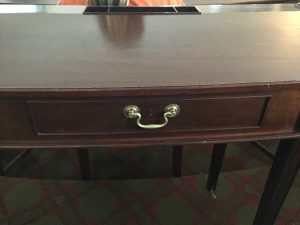 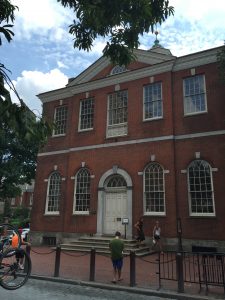 This is the Old City Hall which, as I learned when I started researching for my trip, was the meeting place of the Supreme Court from 1791 until the capital moved in 1800. 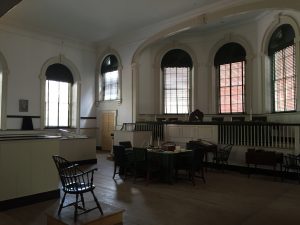 This is the actual chamber in which they met and deliberated on those early cases. The big chair in the center was John Jay’s for a bit. 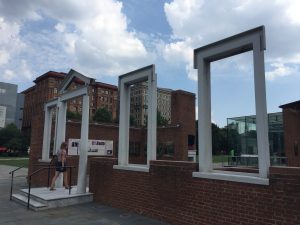 A block off from Independence Hall is the President’s House. The actual house was not preserved, but excavations of the site have been done, and a facade erected to help visitors to understand the dimensions of the house as well as to interpret what life was like for all of those under its roof, including the enslaved people he brought from Mount Vernon such as Oney Judge and Hercules. 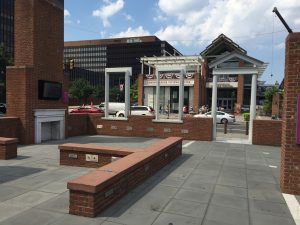 Formal levees, dinners, Cabinet deliberations, all of those would have occurred under this roof. 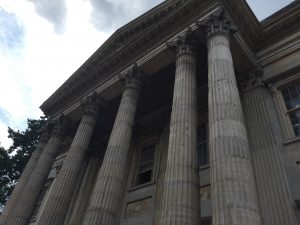 The First Bank of the United States, which would cause so much political rancor and factionalism, is not too far from… 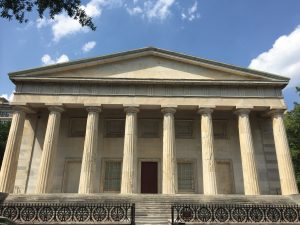 The Second Bank of the United States, which would cause even more political rancor and factionalism. 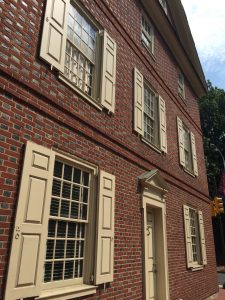 The home of Dolley Todd, who you might known better as Dolley Madison. We haven’t encountered Mrs. Dolley yet, but we will, dear friends, along with… 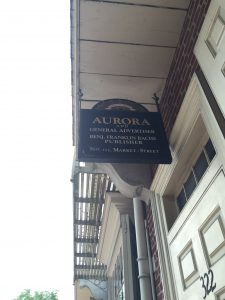 For now, I’ll leave you and get back to exploring. Thanks so much for joining me on this brief photo tour, and stay tuned for more, including our next episode which will be launching this Sunday!